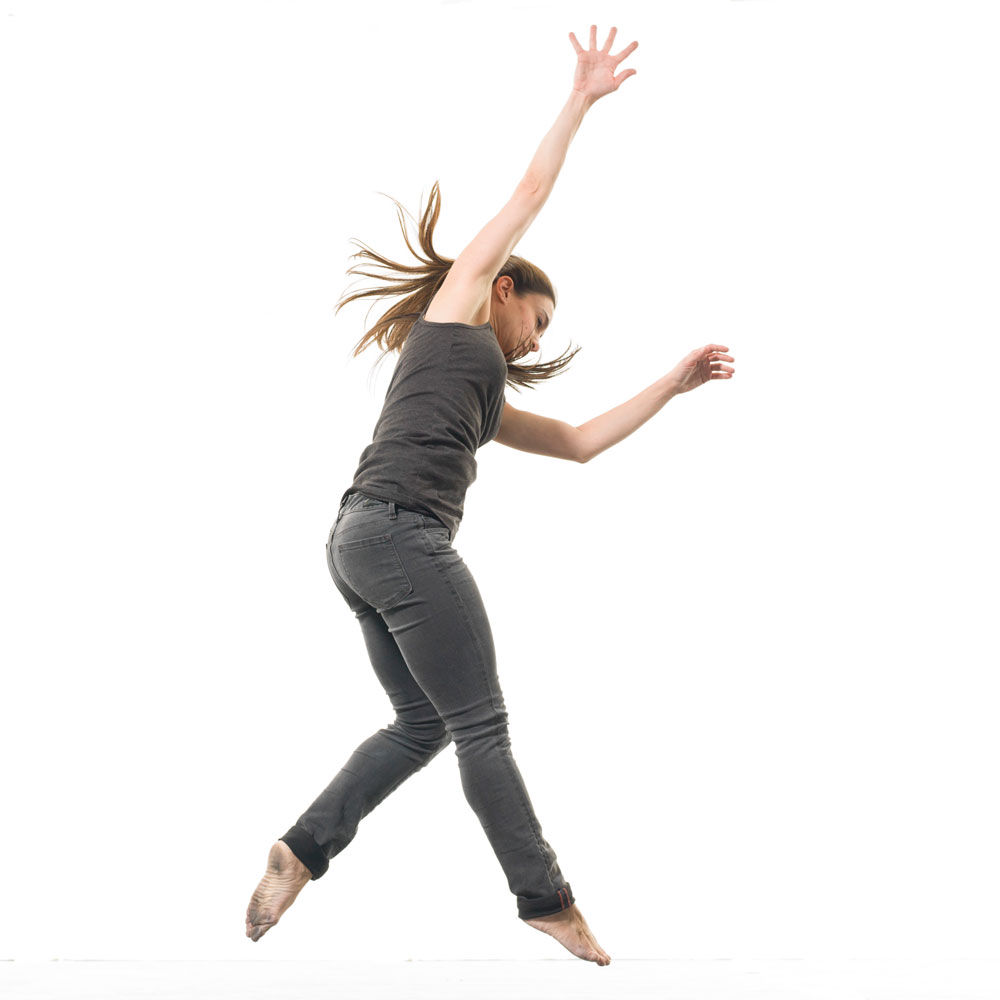 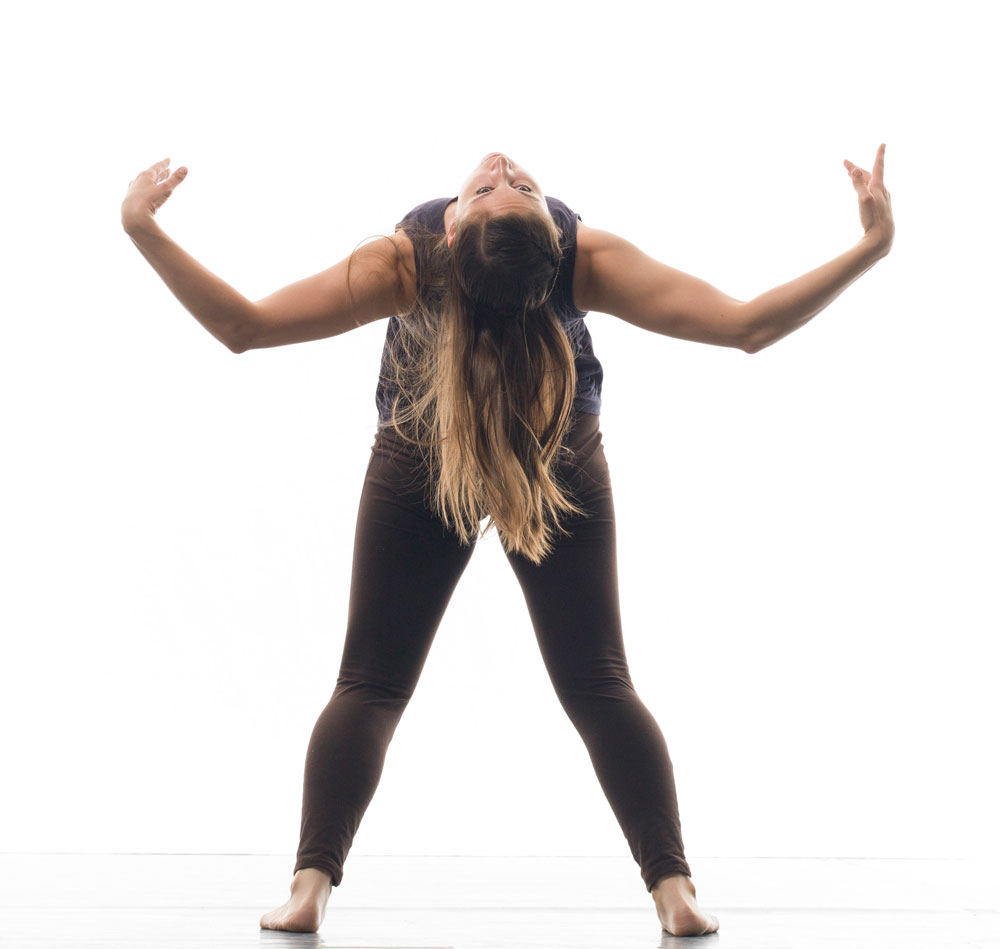 Colleen received a BS in Kinesiology with a Major in Dance from Indiana University. She has been performing and collaborating with dropshift since 2011 and in 2017 she transitioned her collaboration with the company as a repertory consultant and performer.  Colleen has also worked in the past with Zephyr Dance, Perceptual Motion and Chicago Freelance Dance.

Aerica received a B.A. in International Affairs and a Minor in Dance from the University of Georgia. 2016 marks her first season collaborating with dropshift. Aerica has worked in the past with Wake up! Waltz, Renegade Dance Architects, and Ardent Dance Company.

Julie received a BFA in Dance Performance with a Minor in Leadership from the University of Florida. Julie performed with dropshift from 2013 through 2015. She has also danced with local companies; The Dance COLEctive as well as independent artist, Catherine Tiso. She received her Graduate Laban Certificate in Movement Analysis and her MA in Dance/Movement Therapy and Counseling at Columbia College Chicago.

Monica graduated from Columbia College Chicago in 2013 with a BA in Dance. 2018 marks her first season collaborating with dropshift. Since graduating, she has performed works under many Chicago dance artists and companies including Jonathan Meyer of Khecari, The Dance COLEctive, Mary Tisa, Megan Rhyme, and Ashley Fargnoli. In addition to performing, Monica teaches youth ballet, creative movement and contemporary dance classes.

Christie graduated from Illinois State University in 2011 with a BA in Dance Performance. 2018 marks her first season collaborating with dropshift. She has performed with Innervation Dance Cooperative, Christine Hands Choreography, Catherine Tiso, and Tiffany Lawson Dance, and is a founding member of Salty Lark Dance. Christie also works as a PAI certified Pilates instructor at Harmony Mind-Body Fitness.

A musician of eclectic tastes, Weldon has collaborated with rock bands, songwriters, dance choreographers, and filmmakers, and has explored the music of many genres and ethnicities. He has studied and performed traditional Balinese and Javanese gamelan with the Chicago Gamelan Ensemble and Indonesian Dance Company of Illinois, and traditional maqam and folk music with the University of Chicago’s Middle Eastern Music Ensemble of Chicago. Weldon has also served as Principal Bass of the Chicago Composers’ Orchestra.

As a composer and music director, he has created original music for dropshift dance, BTRFLY Bush, and Amnesia Wars Theatre Company, and has composed works involving orchestral and/or electro-acoustic elements.

California based artist and international collaborator, Heidi has eight years working experience in the fields of costume design, puppet theater, spectacle production, and women’s fashion. She focuses on unique pieces, from sketching through sampling, to international selling.

She has collaborated with dropshift since 2010 as costume designer, and in 2012 Heidi added the role of textile designer. She has also worked with Chicago based creative companies such Molly Shanahan of Mad Shak and Michelle Kranicke of Zephyr Dance. Heidi has worked internationally as first assistant to Umit Unal, Istanbul based fashion house, and has taught performance art in Thailand at Thammasat University. She is a graduate of the School of the Art Institute of Chicago.

Amanda Lee Franck is a Chicago native and graduate of the School of the Art Institute of Chicago, where she studied painting and fashion design. She makes work that moves within the fields of installation and performance, fabrication and documentation. Her process is informed by the tension between these practices. She makes paintings that are unreliable documents of landscapes, garments that guide the movements of the wearer, and photographs that record episodes of found painting. She has recently worked as a costume designer with Ayako Kato/Art Union Humanscape and as a costume designer and collaborating artist with Zephyr Dance.

Ashley Sullivan is an artist who works in a wide variety of media. Bold color and clean lines are common throughout her work, as seen in screen prints and acrylic paintings. Recent work has focused on a specific time and place, some aided by a photographic reference, but most relying solely on memory.

The music of Chicago-based composer/performer Christopher Fisher-Lochhead explores various modes of engagement between individuals, art, and the world. Humor, language, embodiment, tradition, and political engagement are several of the major themes of his work. As a composer, his music has been played by the Arditti Quartet, Marcus Weiss, Ensemble Dal Niente, Graeme Jennings, the Spektral Quartet, Rebekah Heller, and the Anubis Quartet. He holds a bachelor of music from the University of Michigan, where he graduated summa cum laude, and is currently pursuing a doctor of music degree at Northwestern University, where he studies with Hans Thomalla, Lee Hyla, and Jay Alan Yim. He is the recipient of a 2001 BMI Student Composer Award and the 2012 Mivos-Kanter Prize. He is also active as a violist, having performed with acts as diverse as Ida Kavafian, Carla Kihlstedt, and Matmos. He is a member of the Grant Wallace Band, which was recently praised by the New York Times for their “spidery original bluegrass” songs.

Rosa Gaia is a video creator, installation artist and producer. After studying film and media theory at McGill University, Rosa moved to Chicago and taught video production to high school students. She has worked as a studio artist doing experimental, documentary and video installation work, and a freelance producer with a number of design and video production companies. Rosa specializes in dance-film and immersive installation for live performance.

Jeremiah Jones is a transdisciplinary artist, who creates cinematic works that fall into the genre of experimental documentary, often incorporating the structure of essay film into mixed media installations. Jeremiah’s work has been exhibited at the Museum of Contemporary Art, The Tacoma Art Museum, The Hyde Park Art Center, The Brooklyn Museum as well as numerous independent art spaces in LA, New York, Chicago and internationally. After earning a BA in feminism and media studies at the Evergreen State College, Jeremiah moved to New York to work in education at The Brooklyn Museum, The Museum of Modern Art and The Guggenheim. In New York, Jeremiah performed at The Living Theater, Christopher Henry Gallery, and the infamous exhibitions of Bushwick Brooklyn. Jeremiah earned his M.F.A. from the School of The Art Institute of Chicago, and began working in his Pilsen studio in 2013. Jeremiah has received Fellowships from the Siragusa Foundation, Oxbow School, the Acre Residency, B.R.I.C. Arts, The Better Homes, Gardens Scholarship and The Evergreen State College.