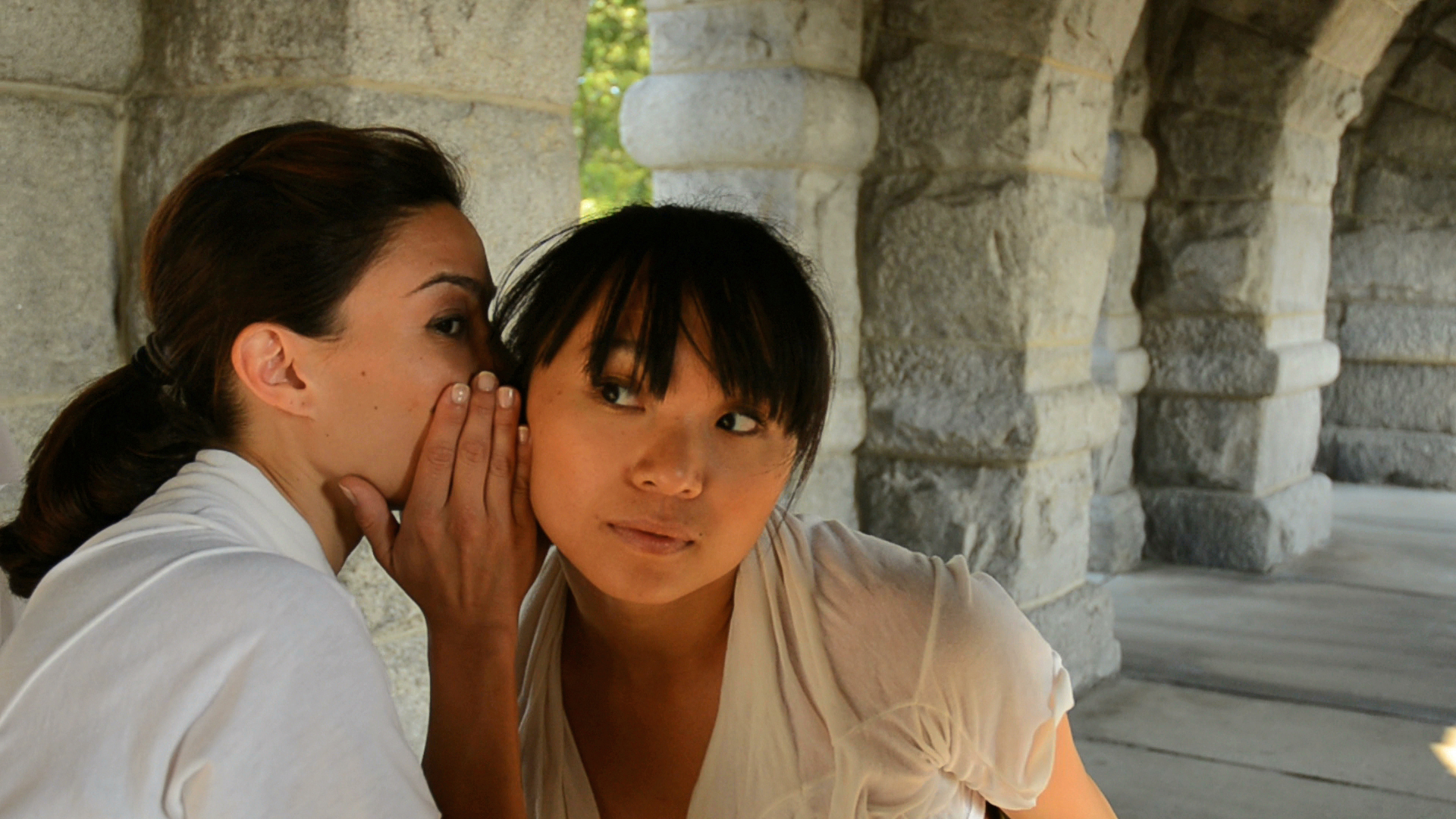 Andrea Cerniglia, artistic director of three-year-old Dropshift Dance, says that in her new evening-length Catch and Release she was curious “how to design the piece and arrange the dancers so that the audience would explore the center of the space, and go near the set pieces.” That led her to an explode/contract structure over the show’s two hours. “Sprawling” sections covering the entire room — the brisk ones threatening collisions with audience members, who’re invited to roam at will — alternate with more contained stretches that split up the four dancers and place them at one or another of the room’s three “resting place” installations.

Running Friday through Sunday, November 9-11, at the Hairpin Arts Center, Cerniglia’s piece will be set in a second-floor room shaped like a slice of pie, with windows covering the two long sides. “Light from the outside will bleed in,” she says. “The room’s like a blank canvas that takes on whatever’s installed there.” She asked lighting designer Richard Norwood to “keep in mind the set pieces and textiles” of Ashley Sullivan’s screen-print or hand-painted textiles, but the dancing “can happen outside the lit area.”

“It was important to me how the design would connect one space to the next,” says Cerniglia. “And how the set pieces would connect to the rest of the negative space. I wanted something balanced, with a through line of shapes or elements.” The gentle, subtle Catch and Release had its beginning in ideas of memento and family history. “Earlier I’d worked on investigating identity, which naturally involves where you come from,” says Cerniglia. “And the older you get, the more you accumulate and acquire. But a memento doesn’t have to be tangible, it’s a wide-open subject — that’s why I was drawn to it. Each person in the process had a very different idea of what a memento was.”

The motif of whispering emerges and re-emerges. “That just came out of us communicating with each other, the transfer of information, story, memento,” says Cerniglia. “But I worked hard to develop it into something a little kooky and offbeat.”

Musicians Weldon Anderson and Bob Kessler will wander the space, playing live, alternating with a sound design that includes a manipulated version of Johnny Cash’s “The Ways of a Woman in Love.” Heidi Dakter’s costumes are reminiscent of Japanese kimonos — unintentional, but Cerniglia likes their “formality.” Sullivan’s designs include unrecognizable words. The dancers are Cerniglia, her fellow Zephyr performer Colleen Welch, and two talented newcomers to Chicago, Chelsea Harkelroad and Weichiung “Coco” Chen.

Cerniglia’s project recalls Michelle Kranicke’s three-hour Allowances and Occurrences for Zephyr Dance at Defibrillator earlier this fall. How does Cerniglia compare her piece with Kranicke’s?

“There is some overlap,” Cerniglia says. “They’re related by the desire to give the audience variable experiences. The textile installations are the main difference — there aren’t a lot of heavy pieces, the set is lightweight. I wanted to get people close to these pieces, blow them apart in the space. I wanted to create a situation with multiple things happening at the same time. With Zephyr, the experience was sequential. Here, I wanted there to be something audible that the audience couldn’t see, so that they might leave one thing to watch another.”

“I wanted to provide viewers the ability to make choices. Basically, it’s Choose Your Own Adventure — in dance!”
Click Here to Visit the Original Link